The year that`s ending has been marked by end of life of many people who have left a significant mark on the 20th and 21st century. Music scene left the multitalented David Bowie, Prince, as well as the legendary Leonard Cohen whose music is the inspiration of many generations around the globe not only for love life but for the most important social and political events. Recently the world has left and the legendary controversial leader of Cuba – Fidel Castro, which is not only important because of policy, which some consider as harmful, while others see him as a symbol of resistance of ordinary people. Fidel Castro or Che Guevara are also the romantic heroes and the greatest moments from their personal or professional life are iconic in all countries of the world and in all classes. Thanks to this even mythological phenomena Havana will always be a mysterious place that will attract people for a long, long time. 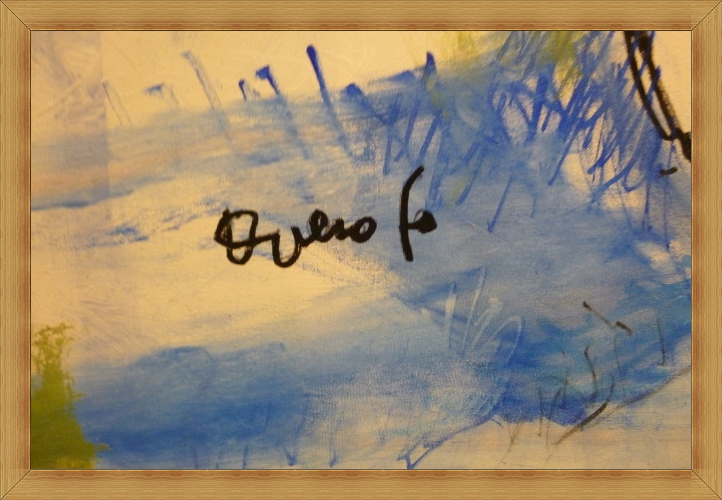 These giants are joined and by Italian Dario Fo.

“The Nobel Prize for Literature in 1997”

Dario Fo was the winner of the Nobel Prize for Literature in 1997, playwright, painter and novelist. His cereer in theatre is well-known around the globe, but he was and excellent painter and art theorist. He was undoubtedly a very talented man, because even those who didn`t support his leftist beliefs had no negative reviews of his professional career.

The entire public is more paid attention to Fo`s canvas in 2010. In that period he has great exhibition in Pontedera in Tuscany. On that occasion, Fo told the story of how as a boy he wanted to be a painter more than actor. During his childhood he painted most in his hometown Valtravaglia in the Lombardy. His motives in the pictures were his classmates and teachers, neighbors, daughters of the mayors, and even the girls of mafia bosses. As a young painter he won numerous awards and has never ceased to paint until his death. However, his first noteworthy exhibition was in 1984 in Riccione in Rimini, entitled “Teatro nell’ occhio” or “Theatre in the eye“. The exhibition which dates from this year is actually the official start of Fo`s painting career and important exhibitions throughout Italy and Europe. 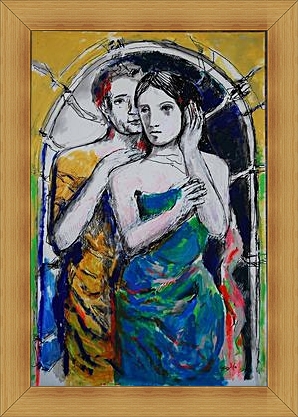 Period in the post-liberation Milan

During the 40s in artistic circles in Italy it was very popular academic discussion about realism and neo-realism. Fo has actively participated these circles. Cubism was very popular as an artistic way of expression. The artists of this period were gathered around the journal “Realismo”. “Realismo” was  an expression of ordinary art lovers and have tried to avoid elitism. Fo was impressed with the Spanish and Italian Renaissance, and he especially analyzed the works of Flemish and French Grand Masters. He first encountered the work of Caravaggio in Milan in 1948.

Critics allege that Fo`s paintings from the mid-60s began an unbreakable bond between his theatrical work and his paintings. His expression in the arts is extremely authentic, but it`s certainly enriched with theatrical inspiration. In this sense the motifs of his paintings are “always in motion“. They are in the permanent game of characters, there`re many minotaurs, horses, the towers of some distant rulers, muses of giants and rulers, ships on the seas, colonnades, sports heroes and many other motives that are actually inspired him and on the scene. 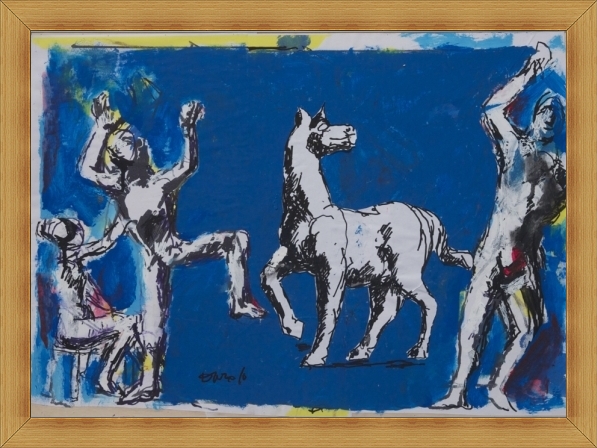 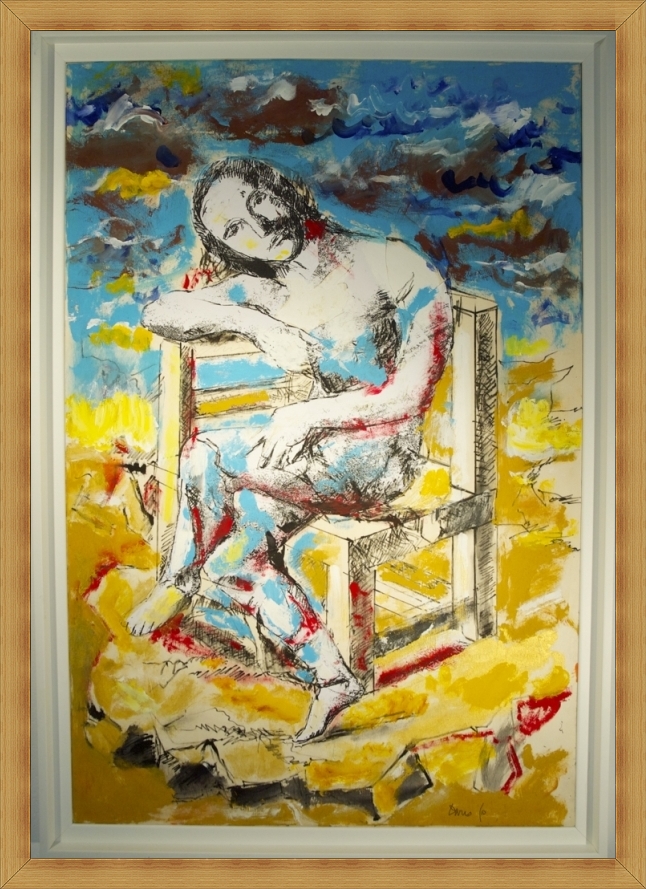 Period of dealing with the theory of fine arts

“The liberation of Caravaggio or Giotto”

“Fo as a learned populist.”

At the end of the 90s, Fo was intensively engaged in art criticism. His health was disrupted, but he has been extensively dealt with the history of art of famous painters. His criticism was also criticism of the political establishment through the art of the old masters. That shows an unbreakable bond with his popular theater. If you look at the “Mistero Buffo”, the basis of his artistic expression is a tradition but a construction is a populism. In his art criticism he distanced himself from the rigid language of scientists and experts. Italian public perception tends to characterized him as a learned populist who publishes his articles in various media. His texts are dedicated to Caravaggio, Giotto, Michelangelo, Leonardo and many others. When he was studying Leonardo he spoke about Leonardo’s “Last Supper” at the cathedral in Modena. He tried to make a link between the history and architecture of the town itself. On one occasion he made a performance of “reading architecture” with two video beams that were posted outdoors. He urged the visitors to read architecture as they would read a book on an old language like the one in Dante’s “Divine Comedy”. In this performance Fo certainly had witty banter inspired by politicians of today. 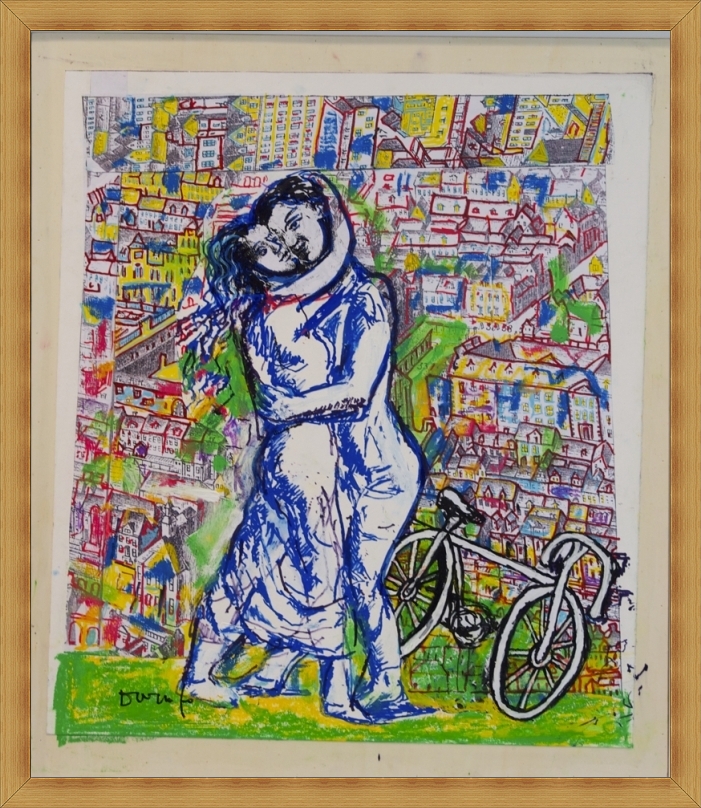 There are no users currently online
Skip to toolbar